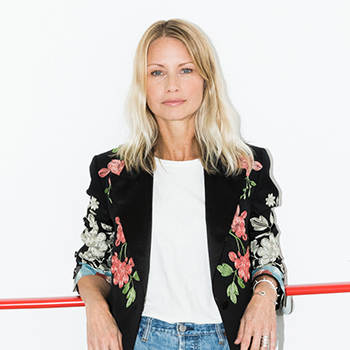 Holli joined Browns as Chief Executive Officer in July 2015, and drives the Browns business objectives and strategy through leadership of the management team and the Board of Directors. In 2019, Holli took on an additional role as FARFETCH's Chief Brand Officer, and sits on the FARFETCH Executive Board.

Previously Holli held roles at Chanel and Neiman Marcus before joining Net-a-Porter as a founding member in 2002. She soon became fashion and buying director, also establishing and leading the buying direction for the launch of The Outnet in 2009 and Mr Porter in 2011.